We remain open and ready to serve 24/7. The health and safety of employees and customers is our top priority.
Click here for our COVID-19 protocols.

History of ARS® and Rescue Rooter® 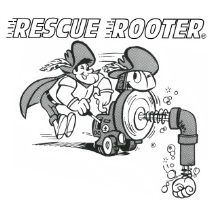 Rescue Rooter® began in 1975 as a family-owned business in California, incorporating the Dandy and Pronto characters into their culture. The characters were created to visually translate the name and brand of Rescue Rooter to the public. The word “Rescue” means “to save or be saved from distress” and “Rooter” is a term commonly associated with plumbing; therefore, these two heroic plumbing characters became strong visual cues. Dandy represented the plumbers of Rescue Rooter, while his trusted sidekick, Pronto, represented a drain snake.

Over time, these visual icons proved to be memorable, recognizable, and easily associated with Rescue Rooter. Dandy & Pronto also instilled a sense of pride in Rescue Rooter employees. They saw the character as a personal reflection of their speed, enthusiasm, and good nature while on the job. Dandy and Pronto are energetic, friendly, easy-going, clever, and heroic.

Nobody handles your plumbing disaster faster!®

A group of businessmen formed ARS, and by 1980, ARS had locations operating in several states before unifying them under the name American Residential Services Inc. in 1995.

ServiceMaster acquired Rescue Rooter in 1998 and ARS in 1999. These acquisitions added heating, cooling, and plumbing to their family of services, unified under the name of American Residential Services in 2000. ServiceMaster quickly began acquiring other HVAC and plumbing companies, merging them into their primary brands of ARS and Rescue Rooter. Anderson Heating and Cooling, E-Z Rooter & Plumbing, Crown ServicesSM, Axon®, Allied Plumbing Heating & Cooling, and Plug-Busters are just a few

In 2006, American Residential Services separated from Service Master forming a standalone entity under the leadership of Don Karnes- CEO and Dave Slott- President and COO. These visionaries launched the ARS / Rescue Rooter Network, unifying the locations with a common goal - United By Exceptional Service®. Additional acquisitions followed including brands such as Florida Home Air ConditioningSM, Blue Dot Services of MarylandSM, Will Fix ItSM, and RighTime Home Services expanding the national footprint of the Network. 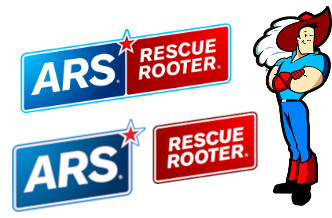 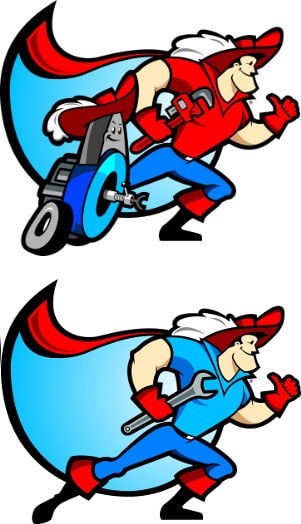 In 2008 the brand, along with its characters, underwent a design refresh to improve their visual appeal and expand their versatility for the family of brands they now represented in association with the ARS®/Rescue Rooter® Network. The ARS and Rescue Rooter “badge” design used elements of their prior “speed lines” logos in the new, more prominent look. When representing the Rescue Rooter brand or shown with Pronto, Dandy appeared in a red shirt while wearing blue with all other brands in the ARS/Rescue Rooter Network.

a. The acquisition of Efficient Attic ServicesSM in 2010 introduced insulation, radiant barrier, and ventilation services into the network in several locations across the nation. The Energy Efficient Attic® program combines all of these pieces together to improve energy efficiency in the home. 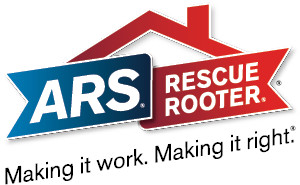 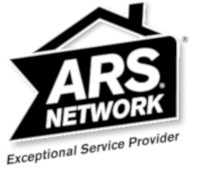 2017 brought another refresh to the company imagery including the primary brands of ARS and Rescue Rooter, the Network, and Dandy. The Rescue Rooter and ARS names now carry a roof line to anchor them together. This “ribbon” look linked the original standalone branding, integrating it into a nationally-unified name, ARS/Rescue Rooter and “all under one roof” position. The logo added "Making it work. Making it right." This signifies our commitment to exceptional service. 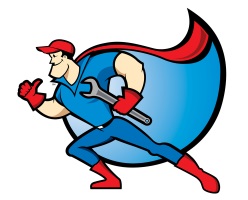 Dandy received a makeover as well, giving him a more recognizable hero appearance, along with updating his hat to more closely align to that of our service heroes, the HVAC technicians and plumbers that help rescue our customers every day.

We hope you enjoy these images of our brands and characters through the years. No matter what our branding may look like or how it may change in the future, ARS/Rescue Rooter remains as committed as ever to providing Exceptional Service when it comes to your plumbing or HVAC needs.

News, tips and more on our blog! ARS/Rescue Rooter is proud to celebrate National Thank a Plumber Day on Sunday, April 25, and show our gratitude for the men and women who help keep our homes and communities safe, clean, and comfortable. These frontline heroes are here for us day and night, rain or shine to ensure we have access to clean, running water.